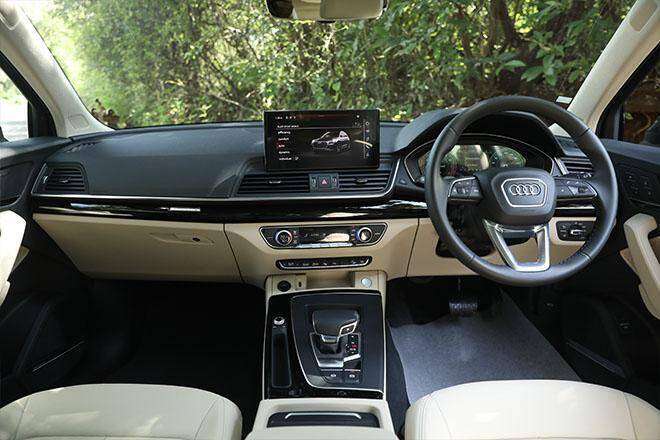 Audi Q5 launches in new incarnation, find out how much this SUV has changed since then – EV & Moto

Audi Q5 launches in new incarnation, find out how much this SUV has changed since then

The facelift SUV edition of Audi Q5 has been launched in India today. With a great look, this mid-size SUV will have great features.

New Delhi. German carmaker Audi’s new mid-size SUV Q5 Facelift Edition was launched in the Indian market on Tuesday, November 23. The Q5 is the company’s best-selling SUV since its launch in 2009. The SUV was discontinued last year after BS6 emissions standards were applied. Now almost a year and a half later, the Audi Q5 is making a comeback in the Indian market with the Facelift Edition.

The Audi Q5 Facelift Edition has undergone a lot of cosmetic changes inside and out and has been given a lot of new features compared to the previous model. In terms of design, the SUV will feature Audi’s new octagonal grille with 6 vertical chrome slats and a new bumper with brushed aluminum inserts. Along with this, new slimmer all-LED headlamps with LED DRLs, new 19-inch 5-spoke alloy wheels, new LED taillamps with chrome accents will also be seen. In the middle of the dashboard, there is a 10.1-inch touchscreen infotainment system with Android Auto and Apple CarPlay connectivity, new generation MMI software, virtual cockpit plus (digital instrument cluster), wireless charging. Premium 3- This new SUV from Audi will have great features like D sound system, panoramic sunroof, 8 airbags.

The Audi Q5 Facelift Edition will get a 2-liter turbocharged petrol engine that will generate 249bhp of power and 370Nm of peak torque. Also, this new SUV will have a 7-speed dual-clutch gearbox with automatic transmission. This will give it a stronger performance.

The Audi Q5 Facelift Edition is priced between Rs 58.93 lakh and Rs 63.77 lakh. Bookings for this new SUV have begun. Rs. It can be booked online or at your nearest Audi dealership by paying a token amount of Rs 2 lakh.

Also read – Kia 7 seater car interior leaked before launch, see in the picture what is special about this MPV