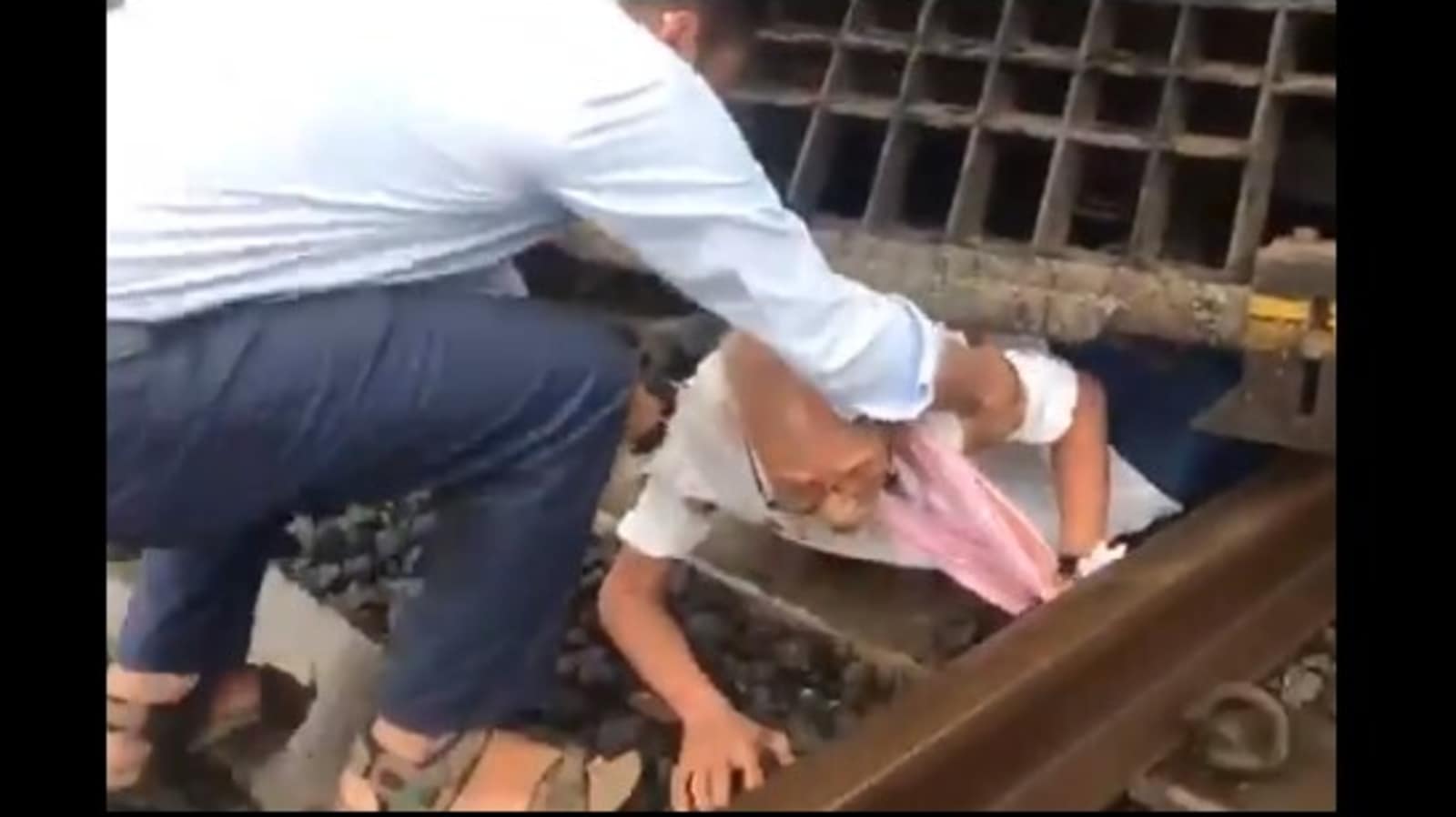 In a shocking incident, the speedy action of the loco pilots of a moving train saved the life of an elderly man trying to cross a railway track. A video of railway employees rescuing an elderly man trapped between the tracks was shared on Twitter from the official Twitter handle of the Ministry of Railways. The incident happened near Kalyan station in Mumbai.

The caption shared with the video read, “Alert loco pilots of Mumbai-Varanasi train (02193) applied emergency brakes immediately after starting the train from Kalyan station and saved the life of a senior citizen crossing the track.” Recordings show the staff helping the man from under the railway engine. The man can be seen coming out without a scratch.

“Please do not cross the tracks in an unauthorized manner. It could be fatal,” adds the caption.

Have a look at the video:

Alert loco pilots of Mumbai-Varanasi train (02193) applied emergency brakes immediately after starting the train from Kalyan station and saved the life of a senior citizen crossing the track.

Please do not cross the track in an unauthorized manner. It can be fatal. pic.twitter.com/hHCtn9bVIu

Shared almost two hours ago, the clip has already garnered over 22,000 views and netizens have shocked reactions. While many showered the comments section with praises of the loco pilots, others pointed out how lucky the elderly man was to be rescued prematurely.

“Shame on people crossing railway tracks without security. Take care and use the pedestrian bridge. And salute to the loco pilots,” wrote a Twitter user. “Both pilots deserve all the respect,” commented another.

“Excellent work, loco pilots should be awarded,” said a third.

A few months ago, on 7 April, a loco pilot stopped the train mid-way in Alipurduar to allow an elephant and its calf to pass. The tweet received many commendable comments.