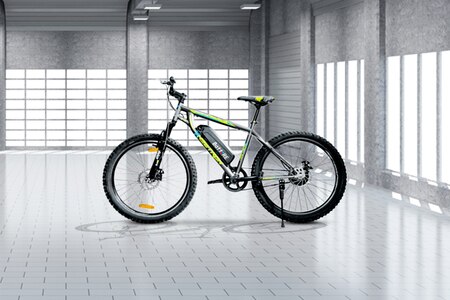 Electric power makes its presence known and felt in the world of speed, and there are many examples to correct anyone who has doubts about the impulse capabilities of a battery compared to a conventional engine. Canadian startup Damon Motors’ 2022 Hyperfighter Colossus electric sports bike has attracted a lot of people at the ongoing CES 2022 in Las Vegas.

The HyperFighter Colossus does not seem to be built for speed but really has the ability to leave competitors in the speed test. At 273km / h, the electric sports bike is clearly aimed at reducing emissions for those in urgent need of adrenaline.

The ultra-capable electric sports bike is powered by a 20 kWh battery that allows it to travel 235 km before recharging. It has 200 hp to pick up and takes three seconds to reach 100 kmph.

With high speed capabilities comes the need for a responsible ride, and the Hyperfighter Colossus receives numerous radars, sensors and cameras to provide a 360-degree advanced warning system. “Damon looks to the future with world-renowned unparalleled security and performance, while HyperFighter pays homage to yesterday’s street fighters,” CTO Derek Torstein was quoted as saying by Electrek. “We have developed an incredible, technologically advanced motorcycle that will attract both long-time street fighters and new riders.”

Of course, these all come at a very steep price. The HyperFighter Colossus has a $ 35,000 sticker tag and pre-orders are open to US customers. But for anyone who does not want to spend big money on this model, there is good news. Damon Motors plans two other models under the name Hyperfighter. These models are less capable and have less body tools than the Colossus. But the overall idea is to put performance and safety first.